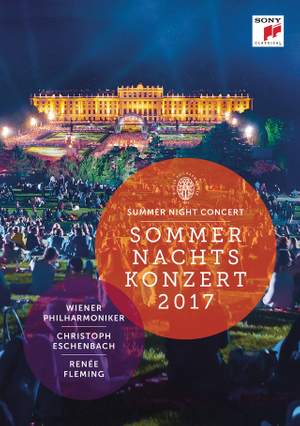 Stravinsky: Finale from The Firebird

Fairytales and myths have inspired composers from time immemorial, and audiences, too, have invariably been enthralled by the unending struggle between good and evil. Central to the Vienna Philharmonic’s 2017 Summer Night Concert are German, French, Russian and Czech fairytales as well as a contemporary fantasy figure that is Anglo-Saxon in origin.

In 2017 the Summer Night Concert will again be conducted by one of the most distinguished musicians of our time. Christoph Eschenbach, who also conducted the 2014 Summer Night Concert, is in demand as a guest conductor for prominent orchestras and opera houses worldwide. Since 2010 he has been musical director of the National Symphony Orchestra in Washington D.C. Having begun his career as a pianist, he learned conducting under George Szell and Herbert von Karajan. Since making his debut as a conductor in 1972, he has led renowned orchestras, including the Tonhalle-Orchester in Zurich, the Houston Symphony Orchestra, the Orchestre de Paris and the Philadelphia Orchestra.