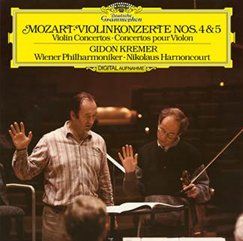 When Nikolaus Harnoncourt died in March 2016, the music world lost one of its most influential and charismatic conductors. Harnoncourt was a pioneer of historically informed performances and the repertoire is enriched for the approach it took to it. Deutsche Grammophon commemorates the first anniversary of his death in March 2017, presenting two of his legendary recordings again on vinyl.