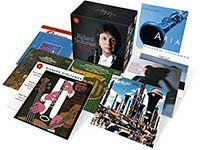 Dahl, I: Concerto a tre

Shulman: Rendezvous for Clarinet and Strings

Gershwin: Bess, you is my woman now (from Porgy and Bess)

Gershwin: I Got Rhythm

Ives, C: The Housatonic at Stockbridge

Two-time Grammy® Award-winning clarinetist Richard Stoltzman is known as a captivating recitalist, chamber musician, and jazz performer, as well as a prolific recording artist. He gave the first clarinet recitals in the histories of both the Hollywood Bowl and Carnegie Hall. In 1986, Stoltzman became the first wind player to be awarded the Avery Fisher Prize. Recently he was awarded the prestigious Sanford Medal by the Yale School of Music. He has performed or recorded with such jazz and pop greats as the Canadian Brass, Chick Corea, Steve Gadd, Eddie Gomez, Keith Jarrett, Wayne Shorter, Mel Tormé, and Spyro Gyra founder Jeremy Wall.

'He is a craftsman of the intense moment, of the suddenly soul-piercing phrase, of the unusual gesture that opens up new interpretive space.' - The New York Times

'Stoltzman remains one of the most, if not the most, expressive clarinet soloists in the world.' - Los Angeles Times