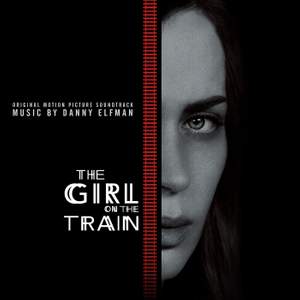 Elfman: The Girl On The Train - Original Motion Picture Soundtrack

Elfman: All F*cked Up!

Elfman: Resolution / The Girl On The Train - Main Titles

Based on Paula Hawkins' best selling novel, "The Girl On The Train" is adapted for the screen by Erin Cressinda Wilson & is directed by Tate Taylor. The film stars Emily Blunt, Haley Bennett, Justin Theroux, Rebecca Ferguson amongst others… Executive production by Jared Leboff & Celia Costas. The Universal Pictures film is released nationwide on 7th Oct. The 'Sony Classical' soundtrack to this gripping thriller is provided by award-winning composer, DANNY ELFMAN.