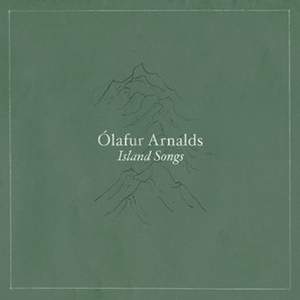 The most interesting tracks are those which feature the South Iceland Chamber Choir in the Pärt-like ‘Raddir’ and the brass trio in ‘Dalur’. Their contributions give a slightly rough hew to Arnald’s... — Gramophone Magazine, January 2017 More…

Ólafur will travel to 7 towns across Iceland where he will collaborate with 7 local artists, and at each location he will create, record and perform a new composition with the artist. He will deliver the audio and video the following day. Mercury Classics will release one audio track and one live performance video, each Monday.

Ólafur’s journey will also be chronicled by acclaimed film director Baldvin Z. The 7-week period will result in an hour-long music film, including conversations exploring music, history and identity, to create a powerful musical portrait of their native land. Marketing and promotional plans for phase two will be shared in the summer.

This is the most ambitious project that Ólafur has ever undertaken, creatively and logistically.

The most interesting tracks are those which feature the South Iceland Chamber Choir in the Pärt-like ‘Raddir’ and the brass trio in ‘Dalur’. Their contributions give a slightly rough hew to Arnald’s often smooth and polished musical surfaces, and confirm the composer’s view that ‘ultimately it is people rather than places that inspire music and art’.