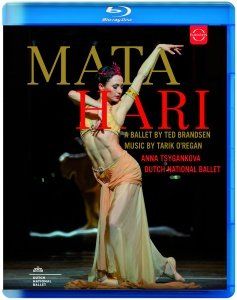 The turbulent life of the Dutch spy and dancer Mata Hari is at the heart of this large-scale ballet production by Dutch National Ballet. As the exotic, mysterious Mata Hari, she became one of the most famous dancers of her day. She travelled throughout Europe and had a network of lovers everywhere, which made her an ideal spy during World War I. She was accused – rightly or wrongly – of being a double agent, and she died in front of a French firing squad in 1917.