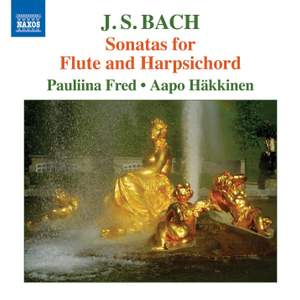 Though the origin of Bach’s sonatas for flute and harpsichord is uncertain there has also been considerable debate about their genre. The first three are often called ‘Sonaten auf Concertenart’ – sonatas in concerto style – a hybrid genre that became popular between around 1720 and 1740, so Bach may have been deliberately experimenting with form in these works. The Sonata in E flat major, BWV 1031, with its lovely siciliano, is perhaps the most popular of the flute sonatas, holding a special place in the repertory, but all offer a fascinating insight into Bach’s use of the sonata genre and a wealth of inventive music.