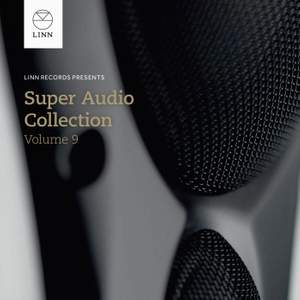 Tiomkin: Wild is the Wind: Theme

Heusen: Come Dance with Me

Comprising our favourite music from the year that saw Robin Ticciati’s Haydn named in The Telegraph’s ‘Best Classical Albums of 2015’ list and Liane Carroll triumph at the British Jazz Awards, this is the ninth volume in Linn’s bestselling collection series.

This eclectic selection has been compiled with the love and attention to detail that you would expect from an award-winning label.

Producer Philip Hobbs has carefully selected these fourteen tracks which demonstrate the extraordinary breadth of the Linn catalogue.

The collection opens with Dunedin Consort performing Bach from the album Magnificat & Christmas Cantata, a recording that received a wealth of five star reviews and accolades.

The collection closes with a trio of songs from Linn’s transatlantic jazz roster: Barb Jungr and Laurence Hobgood breathe fresh lift into a modern standard, Liane Carroll’s Seaside, named ‘Best New CD’ at the British Jazz Awards, yields music with a seashore theme, whilst the swinging pairing of Claire Martin and Ray Gelato serve up some of the most sumptuous morsels in the Great American Songbook.