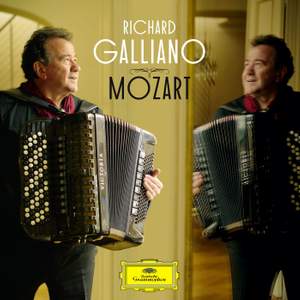 Mozart: Piano Sonata No. 11 in A Major, K. 331 - Arr. for accordion and strings by Richard Galliano

The third album of classical repertoire from the legendary jazz accordionist, this follows his extremely successful albums of Bach and Vivaldi which sold over 50,000 copies in France alone.

Richard Galliano shows a clear empathy for the music of Mozart, largely borne from his origins playing classical music at the beginning of his career before turning his attentions to jazz.

Here he enlists the help of a talented sextet of musicians to enable the listener to experience some of these best-loved works as they’ve never heard them before.