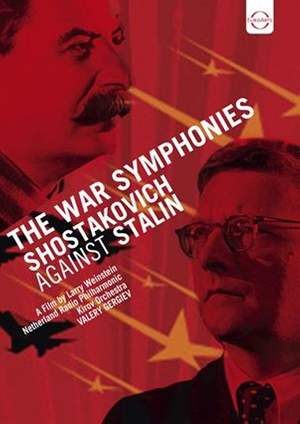 Discover Larry Weinstein’s stirring film Shostakovich against Stalin – The War Symphonies. Described by Shostakovich as his ‘tombstones’, the symphonies 4 to 9 represented the composer’s weapons against Stalin’s tyranny and remain a powerful testimony of Shostakovich’s struggle against oppression. The documentary was shot on location in Moscow and St. Petersburg and brings together archive film material, personal recollections from family, friends and colleagues.

Moving and authentic documentary with lots of archive materials, this is an important document of the Stalin area

It shows the desperate struggle of Shostakovich to survive in this totalitarian regime.

Interview partners such as Valery Gergiev give a valuable insight into the life of this iconic Russian artist.

With key extracts from the symphonies, conducted by Valery Gergiev.

The film is a testimony of how the arts can and must be a significant weapon against totalitarianism and extremism.