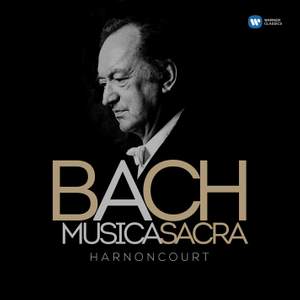 ‘I don’t believe in authenticity,’ remarked the conductor Nikolaus Harnoncourt, who died in March 2016. For him, the challenge was to make music ‘in a way that is meaningful in terms of today’s world.’ He made no more significant contribution to the history of recordings than the complete cycle of Bach’s cantatas which is excerpted here, alongside the most dramatic and the most meditative movements from the Passions and the Christmas Oratorio.

One of the most influential and beloved conductors of the past century, Harnoncourt made more than 500 recordings, including the voluminous, pioneering cycle of Bach cantatas for Teldec with Gustav Leonhardt. The great Austrian conductor spearheaded the historical performance movement from the 1950s onwards, and the BBC's obituary describes him as the "pope" of the Baroque music revival. The news of his death comes just a few months after he took his final bows at the podium, announcing his retirement on his 86th birthday with an open letter published in the program of the Vienna Musikverein, citing health reasons.