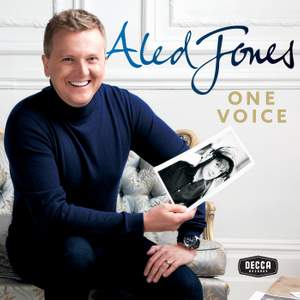 trad.: The Lark in the Clear Air

Handel: Come To Me Soothing Sleep

"Confusion to my thoughts...Will God, whose mercies ever flow?..'Tis my intention, lovely youth"

Classic FM presenter Aled Jones MBE is to release a brand new duet album called ‘One Voice’, featuring the last ever recordings of him as a boy, which have never been heard before.

One Voice is a unique concept as Aled duets with himself – man and boy.

Released on Friday 1st April on the Classic FM label, the album of timeless folk songs features a stunning mix of musical styles, from the classical world of Handel, Purcell, Britten and Vaughan Williams to the flavours of Celtic Irish and Welsh folk music.