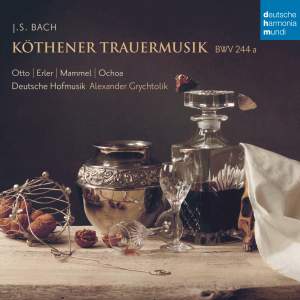 It was for his late employer and patron, Prince Leopold of Anhalt-Cöthen, that Bach wrote his cantata 'Klagt, Kinder, klagt es aller Welt', a work better known as his Cöthen Trauermusik. Its music is based for the most part on movements from his Mourning Ode BWV 198 and from the St Matthew Passion. The originall score is lost but it has been reconstructed by Alexander Grychtolik on the basis of the surviving libretto and is head here in a performance recorded in the historical setting of the Jakobkirche in Cöthen.