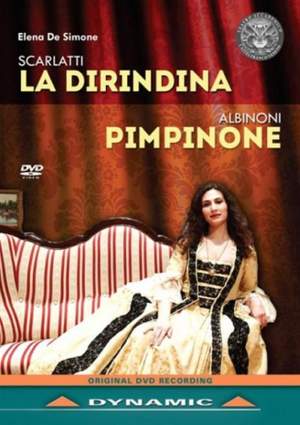 Domenico Scarlatti’s La Dirindina and Albinoni’s Pimpinone are two 'intermezzi buffi', which were comic operatic interludes inserted between acts or scenes of an opera seria.

Pimpinone was performed for the first time in Venice in 1708, as the interlude for Astarto, Albinoni’s own opera seria. The work was an immediate success and was given many further performances, both in Italy and abroad. La Dirindina was composed seven years later, in 1715, by Domenico Scarlatti, son of Alessandro.