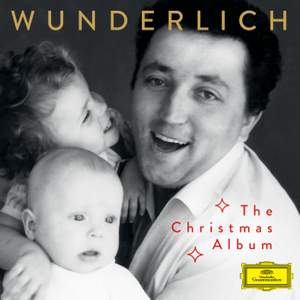 Telemann: Sonata in A Major for 2 Oboe D'amore and Basso Continuo

Blessed with a crystal-clear voice, exquisite diction and a natural lyricism, Fritz Wunderlich remains hugely admired, 50 years after his death, by fellow musicians and in his native Germany. For example, BBC Music Magazine placed Wunderlich among the Top 4 Tenors in the World, along with Plácido Domingo, Enrico Caruso and Luciano Pavarotti.

This album combines traditional classical Christmas songs and carols with excerpts from Wunderlich’s legendary recording of Bach’s Christmas Oratorio featuring Gundula Jannowitz and Christa Ludwig, conducted by Karl Richter. It makes an ideal soundtrack to the festive season for anyone looking to discover a new voice.

Booklet with new liner notes by Barbara Wunderlich, the youngest daughter of the tenor.