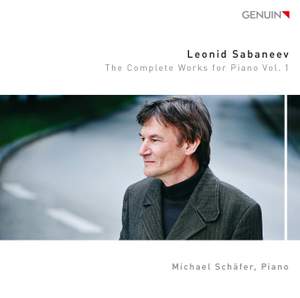 After the 2013 CD release featuring the (unjustifiably) rarely performed chamber music by Leonid Sabaneev (1881-1968), Genuin presents the first volume of Sabaneev’s piano works across two discs. The music seems to be placed between all worlds and epochs: from the Russian Empire through revolution and up until long after Stalin's death. This is the sixteenth release in pianist Michael Schäfer’s Genuin series Un!erhört ("Unheard"), an internationally highly-praised landmark project that has become a repository for the re-discovery of great—albeit forgotten—music.