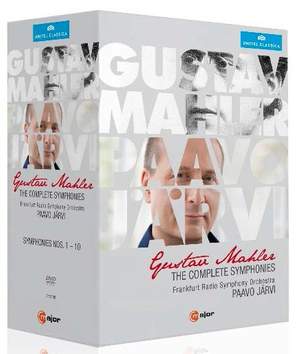 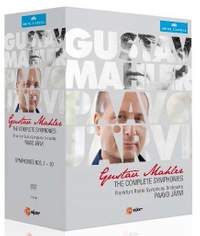 The HR-Sinfonie Orchester has for decades been numbered among the world’s leading Mahler orchestras. Between 2008 and 2013 it gave its most recent Mahler cycle as part of the Rheingau Music Festival under its then principal conductor Paavo Järvi. The recordings were made in the unique space of the Basilica of Eberbach Monastery, in the magnificent ambiance of the Friedrich von Thiersch Hall at the Wiesbaden Kurhaus and in the outstanding acoustics of the Great Hall of the Alte Oper in Frankfurt. In all of these venues Mahler’s symphonies left a particularly fascinating impression.

All Symphonies packaged in a hard cover slipcase.

BONUS: Introductions to all symphonies by Paavo Järvi