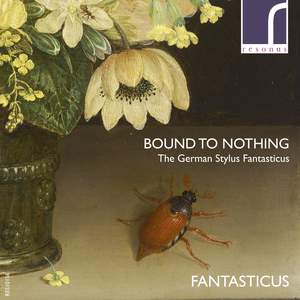 Bound to Nothing: The German Stylus Fantasticus

Kühnel, A: Sonata VIII in A Major

Erlebach: Sonata III in A Major

Following on from the unanimous acclaim for their first two albums, Amsterdam-based Baroque trio Fantasticus return with their third ensemble recording.

Presenting an elegant selection of chamber works from the German stylus fantasticus, the album, entitled ‘Bound to Nothing’, continues the group’s survey of the new found freedoms of expression opened up during this early part of the Baroque era.