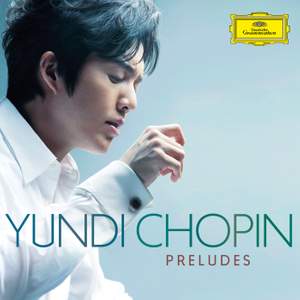 THE COMPLETE PRELUDES is one of Chopin's most loved and commercial sets of compositions, and Yundi’s first Chopin recording in 5 years.

Yundi's last set of Chopin (The Complete Nocturnes on EMI in 2010) still dominates his streaming charts with his top ten most streamed tracks on Spotify all stemming from this set – getting these replaced with the Preludes is a target of the marketing campaign.

The release ties in with the 15th anniversary of Yundi's legendary victory at the International Warsaw Chopin Competition in 2000. At 18 he was the youngest and first ever Chinese winner and it was the first time in 15 years that a ‘First Prize’ had been awarded.