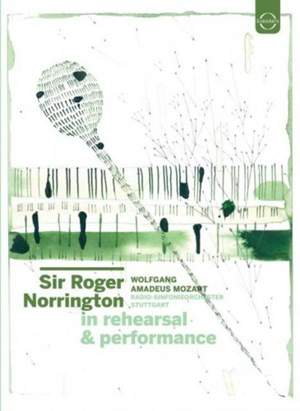 This is the next release of the new digipack series 'In Rehearsal & Performance', featuring works of the great conductors of the past.

Sir Roger Norrington shares his fresh and clear view of Mozart’s Symphony No.39 with the audience.

His approach to the repertoire of the Classical period and his work on score, subtleties in sound, orchestration and even the seating and playing styles of the orchestra members can be followed in the present recording. We can witness the result of those detailed rehearsals in the complementing performance of the Symphony.