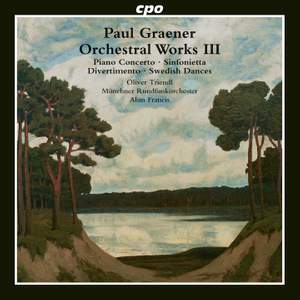 Musical director at the Haymarket Theatre in London, the director of the Mozarteum in Salzburg, a professor of composition at the Leipzig Conservatory, the director of the Stern Conservatory in Berlin, and a diligent composer who enjoyed a fair measure of success, Graener represented the latest of late romanticism and strongly tended toward French impressionism, which makes him unique among the composers from Germany during the first half of the twentieth century. This new release from CPO only emphasises the value in rediscovering these works.