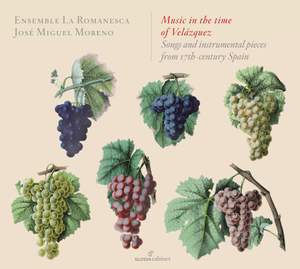 Music in the time of Velázquez

Along with the Canto del Cavallero (GCD C80101), a vihuela disc also in the care of José Miguel Moreno, this was the first recording of the Glossa label to be released, back in 1993. In a vivacious and colourful tour of music for the stage, tonos humanos and instrumental pieces from 17th-century Spain, the Ensemble La Romanesca (with the soprano Marta Almajano, the gambist Paolo Pandolfo and José Miguel Moreno, playing the guitar, as its principal contributors) conjured up a legendary disc which continues being an unsurpassed recommendation and, we would even go as far to say, an unsurpassable one.