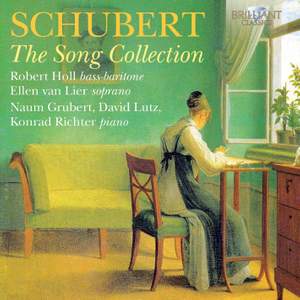 Robert Holl is one of the foremost bass baritones of today. He has collaborated with the greatest conductors like Bernard Haitink, Eugen Jochum, Nikolaus Harnoncourt, Claudio Abbado, and is equally active in opera as in Lieder. Particularly his Schubert interpretations “stand alone in its musical truthfulness and depth of insight” (BBC Music Magazine about his Hyperion recording of Schwanengesang). This set brings together Robert Holl’s many Schubert recordings, including a moving account of Winterreise (with pianist Naum Grubert), Schwanengesang and a wide variety of songs, many of which are seldom recorded, like the substantial dramas “Der Tod Oscar”, “Die Bürgschaft”, “Ritter Toggenburg” and “Die Erwartung”.