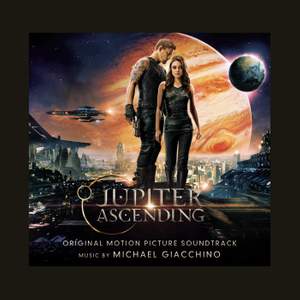 Giacchino: The Houses Of Abrasax

Giacchino: I Hate My Life

Giacchino: Mutiny On The Bounty Hunter

Giacchino: One Reincarnation Under God

Giacchino: Digging Up the Flirt

Giacchino: The Lies Have It

Giacchino: It's A Hellava Chase

The upcoming action film with an original soundtrack composed by Michael Giacchino. Born in 1967 in New Jersey, Michael Giacchino started venturing into films at the age of ten, creating stop motion animations on his brother's pool table. He found the most enjoyable part of the process was putting music to the pictures. Giacchino studied at the School of Visual Arts in New York and at The Juilliard School. In 1997, newly formed DreamWorks Interactive asked Giacchino to score their video game adaptation of The Lost World: Jurassic Park. It became the first PlayStation game to have a live orchestral score when producer Steven Spielberg asked when Michael's demo music would be recorded live. Michael has composed for Lost, Mission: Impossible III, Star Trek, The Incredibles, Ratatouille, Dawn Of The Planet Of The Apes and Up among many others. For his work on Up, Michael landed two Grammys, a Golden Globe, a Bafta and an Oscar. As well as writing music for films, TV, games, and even theme park rides, Michael is also an advisory board member of Education Through Music Los Angeles - an organization which promotes the integration of music into the curricula of disadvantaged schools.