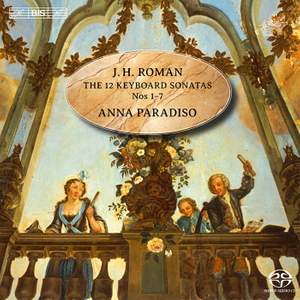 Roman, ‘the father of Swedish music’, spent five years in London prior to his work at the Swedish Royal Court and travelled widely. These pieces date from after his retirement, were given no titles and it’s not even known for what instrument they were intended. Their quality is unmistakable however.

This is the first of two discs.