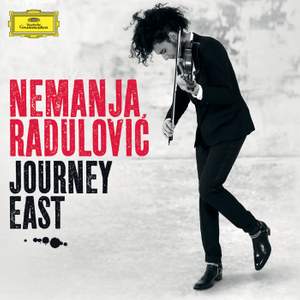 While there is no denying Radulović's phenomenal skill and flair, listened to in one session, the constant lurching between accompaniments, composers and styles ultimately becomes wearisome...Heard... — BBC Music Magazine, August 2015, 4 out of 5 stars More…

Songs My Mother Taught Me

For his international debut album on the Yellow Label, the brilliant young violinist Nemanja Radulović proposes a journey throughout the musical traditions of Eastern Europe. The selection contains all-time favorites, both classical and popular, from Eastern Europe, ranging from core classical pieces to traditional folk melodies to film music – among them Brahms’ Hungarian Dance, Dvořák’s Songs my mother taught me and William’s music from the film Schindler’s list.

Nemanja Radulović represents a boldly innovative young generation of classical artists – profoundly gifted and possessing enormous stage presence, he is constantly seeking new ways to communicate his fiery and innately musical performances to an ever-wider audience. He launched his international career in 2006 when he stood in for Maxim Vengerov at Paris’s Salle Pleyel, playing the Beethoven concerto to great acclaim with the Orchestre Philharmonique de Radio France under Myung-Whun Chung.

The album is produced by the hugely successful French composer-producer Yvan Cassar – known for his work with platinum-selling artists such as Roberto Alagna.

While there is no denying Radulović's phenomenal skill and flair, listened to in one session, the constant lurching between accompaniments, composers and styles ultimately becomes wearisome...Heard on piece at a time, the sheer intensity of it all is deeply affecting, even overwhelming on occasion