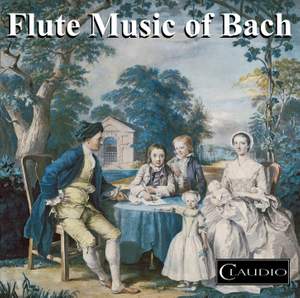 Christopher Hyde-Smith has continued to remain one of the world's leading flautists since his debut at the Royal Festival Hall in London. He toured Russia with Benjamin Britten and has worked with Casals, Galway, Tortelier and Stravinsky. There are compositions dedicated to him by Alwyn, Dodgson, Horovitz, Mathias, Metcalf and Rawsthorne.

Christopher Hyde-Smith and Jane Dodd began their regular musical partnership in 1984. The following year they were asked to play the complete works for flute and keyboard of Bach and Handel as part of the City of London Celebrations for the Tercentenary of the birth of these two composers.

Formerly released as 'Bach and his Contemporaries', this release marked the first recording of the husband and wife team who have established a world reputation. They are joined on this recording by the cellist Susan Dorey.