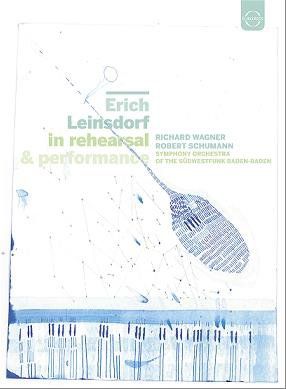 With this release we introduce a new digipack series « In Rehearsal & Performance » featuring works ofthe great conductors of the past.

This release marks an extraordinary performance under the baton of Erich Leinsdorf, who was principalconductorof the Rochester Philharmonic Orchestra, musical director of the New York City Opera,conductor of the Boston Symphony Orchestra and director of the Tanglewood Festival.

Erich Leinsdorf always insisted on the highest level of musicianship in everything he did and he wasalways able to maintain spiritof perfectiofor a vast repertoire covering virtually every important section of the world´s music literature.

These four television concerts show Erich Leinsdorf during rehearsals with the Symphony Orchestra ofthe Südwestfunk in Baden-Baden with Preludes and Interludes from « Parsifal » and Schumann´s 4thSymphony.

The rehearsals are complemented by the complete performances of the works of Erich Leinsdorf, whose20th death anniversary is commemorated on 11th September.