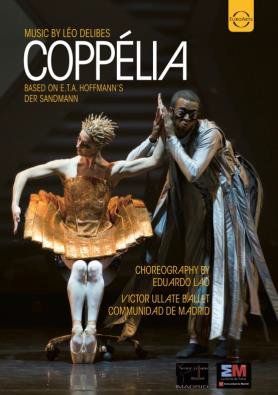 To this day, Coppélia is one of the most often performed ballets of all time.

Coppélia marks a milestone in Léo Delibes' career, he succeeded in combining music and dance at anentirely new level, and as a result he is often called the "father of modern ballet music".

The popular ballet performance is interpreting one of the greatest and most tragic classics.

Choreographer Eduardo Lao and the Víctor Ullate Ballet have transferred the classic work into themodern era : Coppélia is set in a cybernetic laboratory specialized in artificial intelligence, where DoctorCoppelius is attempting to create a female android that moves and acts like human.

Against a backdrop of futuristic sets the Víctor Ullate Ballet clothes this classic in a new, bouncy andcolourful fairytale wardrobe.

Choreographer Eduardo Lao received the 'Public Award' of the Performing Arts in 2012.