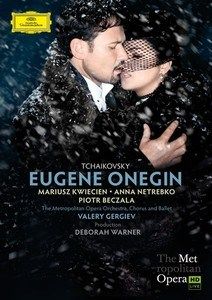 Netrebko convincingly projects the teenage Tatiana's inwardness and sensitivity...Beczala, bookish and intense as Lensky, is deeply moving during the humiliating party scene and duel...Gergiev's... — BBC Music Magazine, May 2014, More… 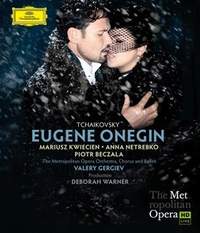 Netrebko convincingly projects the teenage Tatiana's inwardness and sensitivity...Beczala, bookish and intense as Lensky, is deeply moving during the humiliating party scene and duel...Gergiev's conducting is rather easygoing at first - Tatiana's letter scene lacks intensity until the final few bars - yet takes off in the following scene and flies to the end.