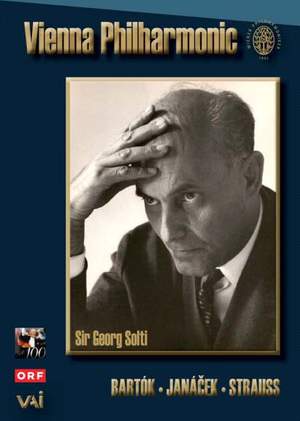 A film recording from the Vienna Festival , June 7th 1964 – Theater an der Wien

Founded in 1842, the Vienna Philharmonic is considered by many to be the finest orchestra in the world. Over its long and distinguished history, the orchestra has attracted the world’s greatest conductors. Few developed as close a bond with the orchestra as Sir Georg Solti, who led performances with the orchestra for more than 40 years, from his debut in 1951 until his last concert in 1996, leaving behind a dazzling legacy of audio and video recordings. This DVD release is just one of them.