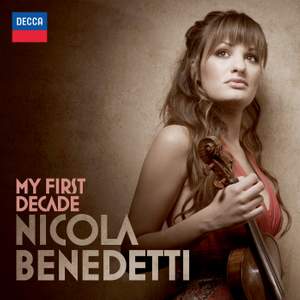 This album celebrates the best of those recordings, and her other successes - from winning the BBC Young Musician of the Year competition in 2004, to her 2012 best-selling album 'The Silver Violin'.

The album includes Nicola performing with leading orchestras and conductors, as well as some of her favourite chamber players. This album showcases the incredible range of Nicola's playing, and demonstrates her appeal to a wider audience across a range of markets.