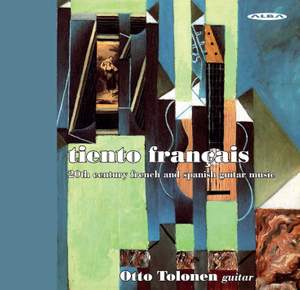 New CD tiento français of Finnish guitarist Otto Tolonen includes 20th century French and Spanish guitar music and the programme is concluded with the only transcription, Satie’s well-known first Gnossienne. Otto Tolonen is one of the most successful Finnish classical guitarists. During the years 1995–2009 he won prizes and awards in 20 international competitions from Tokyo to San Francisco and from Australia´s New Castle to Finland´s Jyväskylä. His latest achievements include the first prizes in the Anders Segovia Competition in Spain and in the Markneukirchen instrumental competition in Germany.