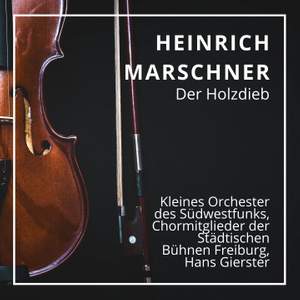 A lovely comic opera. This is the only recording available and the first release on any format, in good sound. Although his work has been generally neglected in the 20th century, Heinrich Marschner [1795-1861] was a leading figure in the period between Weber and Wagner, and wrote 22 operas and singspiels. His most successful opera, 'Hans Heiling', a work that established him as the leading proponent of German romantic opera, follows the example of Weber's 'Der Freischütz', but in form exercised a strong influence on Wagner. The work has a clear influence on 'Der fliegende Holländer' both in narrative and in certain elements of detail.