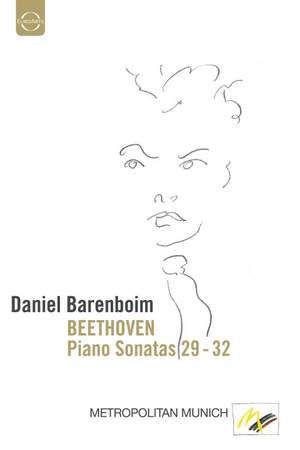 New Release on Euroarts's sub-label: Recorded Excellence – Historical Value. The aim of the new series is to make accessible to music lovers and collectors top-quality recordings documenting extra-special concert performances that were hitherto unreleased or were no longer available, either for the first time or as re-releases on DVD and Blu-ray Disc. The main focus is on artists and repertoire. The new series will showcase defining concert moments of music history.

Digitally remastered and restored from 35mm film. Including intensive and high-quality audio and visual restoration.

Composed over twenty-five years and embodying the shift of musical taste from the Classic to the Romantic, their performance requires a musician of extraordinary versatility. Daniel Barenboim is one such pianist – his recordings run the gamut from Bach and Mozart to Bruckner and Bartók. Infollowing in the footsteps of such masters as Artur Schnabel, Barenboim truly shows himself to be among the greatest living musicians.

Barenboim brings freshness and sensitivity. His expressive powers are wondrous.