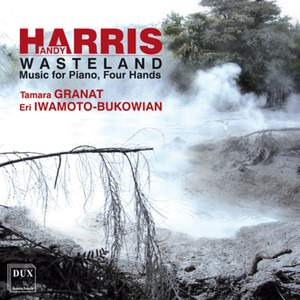 I. Statement of Subject

II. The A Priory View

Harris, Andy: The Silence of Peace

II. The Colours of the Earth 1

V. And There the White and Golden Birds Go Flying

VI. The Colours of the Earth 2

British-born composer Andy Harris moved to Poland in 1992, initially for one year, however the Polish way of life appealed to him and he has remained there ever since setting up varies educational facilities in the country. All the music performed on this release was written in the 1990’s and concentrates on Andy’s interest in the piano and the form of preludes. Polish born Tamara Granat is well known in the piano world having recorded two critically successful albums with Daniel Propper. Japanese born Eri Iwaamoto-Bukowain has recorded works by Szymanowski.