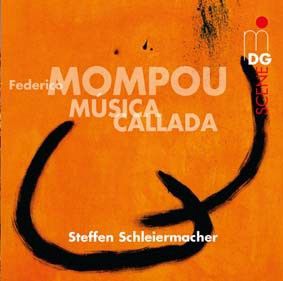 Mompou was of Spanish and Basque background and as a young man associated with the musicians of the Groupe des Six in Paris led by Jean Cocteau, with Stravinsky and Ravel, and with Gide and Valéry. He performed his own works with some success in the Parisian salons without directly working toward this goal. The piano was his instrument, and Música Callada was his greatest and last cycle. Performed by MDG artist Steffen Schleiermacher.