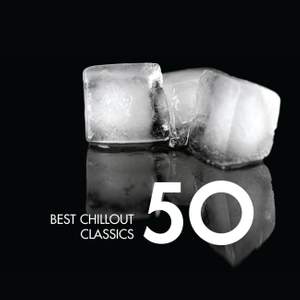 Albinoni: Adagio for Strings and Organ in G minor

Vivaldi: Largo From the Lute Concerto In D Major RV93

Handel: Sarabande And Variations From The Suite In D Minor

Lennon & McCartney: Let it Be

Lennon & McCartney: Here, There and Everywhere

Lennon & McCartney: You've got to hide your love away

Kaiser-Lindemann: Nobody knows the trouble I have seen

Rutter: Six Beatles Impressions [Mvt I] (Fool On The Hill)

This 3 CD set contains 50 tracks of classical chillout music from the catalogues of EMI Classics and Virgin Classics performed by some of the world’s finest artists. The works range from well-loved gems of the classical repertoire by Albinoni, Bach and Vivaldi to compositions by more modern composers like Fauré and Rachmaninov and right up to modern-day film-score composers such as James Horner and Michael Nyman

Further details of the programme are as follows:

The first CD begins with one of the most popular works from the Baroque era: Pachelbel’s Canon in D, followed by another equally well-loved Baroque classic: Albinoni’s Adagio, both of which are ideal for chilling out. The chill-out mood is maintained with Bach’s tranquil ‘Air on the G string’ and the slow movement from ‘Winter’ from Vivaldi’s Four Seasons. After more Baroque masterpieces by Purcell and Handel we move forward to Beethoven’s beautiful ‘Moonlight Sonata’, a few more equally cool works by Schumann and Chopin and finally the Agnus Dei from Karl Jenkins’ Mass for Peace: The Armed Man.

Many liturgical choral works perfectly fit the mood of chillout music and none more so that Barber’s Agnus Dei, a choral setting of his famous Adagio for Strings. Other well-loved choral pieces heard here include the Pie Jesu from Andrew Lloyd Webber’s Requiem, John Tavener’s Song for Athene, performed so movingly during the funeral service for Princess Diana, and the beautiful ‘In Paradisum’ from Fauré’s setting of the Requiem.

Included on CD 3 are a number of works specially written for film soundtracks, including ‘Any Other Name’ from American Beauty, ‘Cavatina’ from The Deer Hunter, ‘The Heart Asks Pleasure First’ from The Piano and the Main Theme from Titanic by James Horner. A particular highlight of this final CD are arrangements for piano and full orchestra of some iconic songs by John Lennon and Paul McCartney, including ‘Let it Be’, ‘Hey Jude’ and ‘Michelle’.