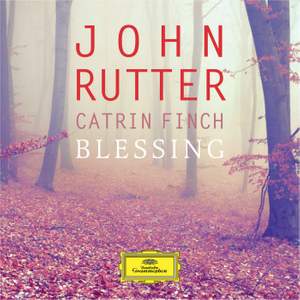 Rutter: The Lord Bless You And Keep You: Meditation

For her second Deutsche Grammophon album, former Royal Harpist Catrin Finch plays music by the beloved British composer, John Rutter, as well as new pieces and arrangements of her own.

It includes new works by John Rutter, and the World Premiere recording of his Suite Lyrique for harp and strings. Further highlights include arrangements of traditional Welsh folksongs, where Catrin Finch is joined by star award-winning Welsh soprano Elin Manahan Thomas.

John Rutter is probably the world's most-performed choral composer, with decades of best selling compositions and arrangements to his name - including an anthem specially commissioned for the royal wedding by Prince William and Kate Middleton, and some of the most loved Christmas carols of modern times.