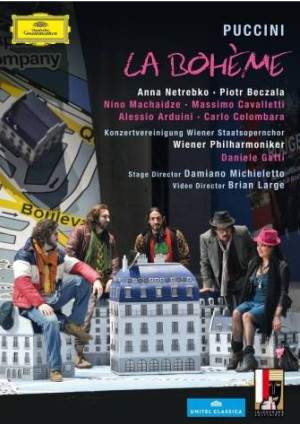 This BD is a new production of the Puccini favourite, staged at Salzburg 2012. Tenor Piotr Beczala rocks as Rodolfo, Mimì’s lover. Massimo Cavalletti sings Rodolfo’s friend Marcello with uncommon finesse and beauty of tone. Nino Machaidze is a moving Musetta.

The robust orchestration of this popular opera verges on the ethereal as Mimì’s life slips away. Throughout his reading, conductor Daniele Gatti strikes the perfect balance between sentiment and sentimentality, vigour and fragility, the specter of untimely death and the quick and young it haunts.