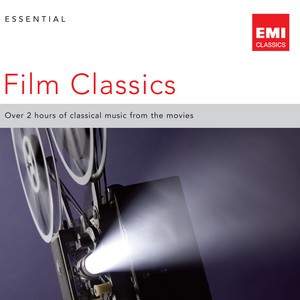 Many pieces of classical music have been used to great effect in the soundtracks of major films to create a mood or heighten the atmosphere, be it dramatic, comic or romantic. Sometimes the music has been specially written, like Michael Nyman’s evocative score for the film The Piano and James Horner’s memorable soundtrack music for Titanic, but sometimes existing compositions have been used to powerful effect like Wagner’s ‘Ride of the Valkyries’ in Apocalypse Now and Rachmaninov’s Piano Concerto No.2 in Brief Encounter. This album contains 38 examples of such pieces, all of which will be familiar to film buffs and bring back memories of some of the finest films of all time.