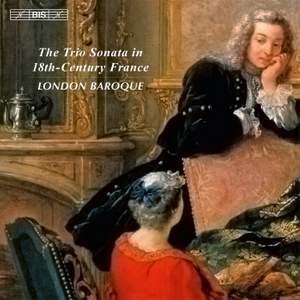 In 1725 François Couperin published his Apothéose de Lulli, advocating a fusion of Italian and French styles, and the following year saw the collection Les Nations, which included L’Impériale recorded here.

Jean-Marie Leclair and his colleague (and great rival) Jean-Pierre Guignon took the idea one step further. Both were fêted violinists as well as composers, and wrote music mainly for their own instrument in an often virtuosic style.

Joseph Bodin de Boismortier was not known as a performer, and composed a large number of small-scale works aimed at wealthy amateurs.