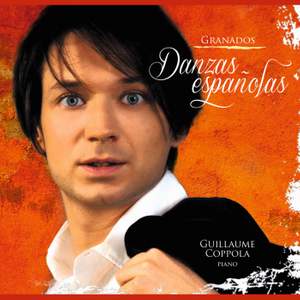 Born in 1867, Granados was a brilliant composer and pianist. He founded the Granados Academy, later led by Alicia de Larrocha, and its international reputation. The Spanish Dances are a true representative of Iberian romanticism: its colour is perhaps not flamenco, but its curvature is Iberian, and the flavour of the Spanish Dances is the fruit of the provinces to which they refer.

Guillaume Coppola has had access to manuscripts and critical editions which he has carefully studied and adopted the most significant. A comprehensive and curious musician, he makes the colours shimmer with the warmth of Spain.