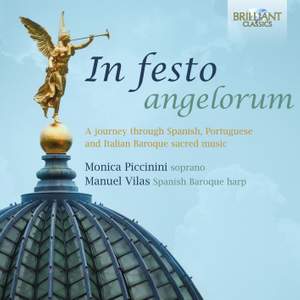 A journey through Spanish, Portuguese and Italian Baroque music

From the period’s very beginning, a hallmark of Italian Baroque music was its powerful expression of a text’s innermost drama – a characteristic that led to the flourishing of monodic vocal music, which placed a solo voice over a basso continuo accompaniment. As this style spread into sacred music and beyond Italy, composers produced a vast body of works; this new recording journeys through examples from Italy, Spain and Portugal, exploring the colours, styles and characteristics that arose in response to these musical and religious centres’ different traditions. The works featured are diverse, reflecting the wealth of influences that were available to Baroque composers. Pagliardi’s dramatic motet ‘Ad’ arma, ad bella’ bears the fruits of his career as an operatic composer, while Fray José Vaquedano’s two Holy Week Lamentations are highly expressive, particularly striking for their virtuosity. Hispanic influences are clear in Juan Manuel de la Puenta’s tonada ‘Mininas de Portugal’, which depicts a traditional Nativity with Portuguese folk-style touches. There are also three examples from the Santa Maria do Bouro Monastery, near Braga in Portugal, drawn from a manuscript spanning 200 years, and a handful of instrumental works, including Fabrizio Fontana’s Ricercare XI, dedicated to Pope Innocent XI.

Fluid and sophisticated performances by the acclaimed soprano Monica Piccinini and harpist Manuel Vilas highlight the richly varied colours, moods and techniques of these pieces.The collection presents a broad cross section of Baroque music from Italy, Spain and Portugal, and listeners will delight in discovering works by a number of little-known composers.