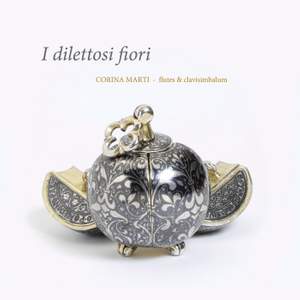 Late fourteenth-century instrumental music that forms the core of the present release comes from the two most important surviving sources of this repertoire: the London and the Faenza codices. While the performance medium repeatedly employed in recordings of both monophonic and polyphonic instrumental music of the Late Middle Ages has been a band of various instruments, the present recital demonstrates, that all it takes to bring this exquisite music back to life is a single, persuasive performer.

Corina Marti sets out “in search of the delightful flowers” (Jacopo da Bologna) hidden in those two distinct universes of Late Medieval music, the monophonic and the polyphonic. In this, her solo debut, she achieves a remarkable variety by juxtaposing the sound of recorders (including the double recorder so frequently seen in the fourteenth-century Italian iconography) and of a clavisimbalum – a reconstruction of the earliest form of a harpsichord.