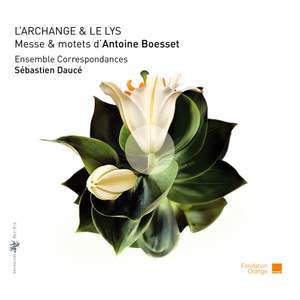 Bearing witness to a miraculously preserved and somewhat mysterious musical world, this precious recording reveals a repertory at once sober and refined, moving and poetic, which invites us to open the gates of those convents that, in the midseventeenth century, attracted from Paris and throughout the kingdom a public enthralled by their angelic voices, animated by a single deep and authentic faith which further increased the powerful appeal and the mystery of their singing.

The repertory for high voices by Boesset transmitted by the precious Deslauriers manuscript is also moving in its rarity, since it is the only surviving musical evidence of the religious output of one of the most influential French composers of the seventeenth century.