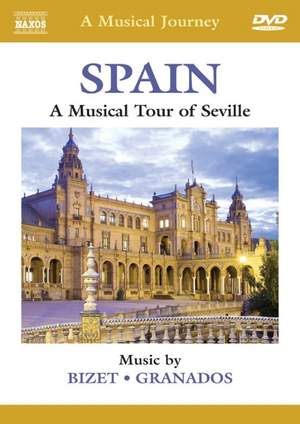 The ancient city of Seville, capital of Andalucía, was an Iberian settlement, of importance during the period of Roman domination and, after the Moorish conquest of the 8th century, part of the Caliphate of Córdoba. It retained importance under other Moorish rulers until its reconquest by Fernando III in 1248. It enjoyed the height of prosperity after the discovery of America in 1492.

Music for the tour includes two of the suites drawn from the French composer Georges Bizet’s opera Carmen, first staged in Paris in 1875 and drawing on Spanish traditions for its plot and setting and for its transformation of traditional Spanish dances. There are also Spanish Dances by the composer Enrique Granados.