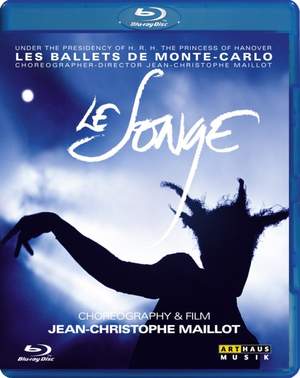 Recorded at The Grimaldi Forum Monaco, 2009

Plunge headlong into the colourful fantasy and enchantment of a Shakespeare classic, gorgeously reinterpreted by Les Ballets de Monte-Carlo -- under the Presidency of H.R.H. the Princess of Hanover.

Internationally acclaimed choreographer Jean-Christophe Maillot, brilliantly unites theatre, dance, and music (including Mendelssohn‘s captivating score) in a fairytale world of mischievous sprites and mortals. Hapless humans entangled in the net of their own unconscious impulses create a dream-like comedy surfi ng on the wings of the maddest desires. This visually stunning ballet interweaves small dances, theatrical scenes, expressive mime and even circus acts, telling a captivating story with the aid of larger-than-life mythical characters. The crowd of characters is carried along in a noisy, comic, acrobatic dance, daring to make joyful jokes, perform immodest, naughty tricks, displaying cheekiness, and frivolous eroticism. One of the great merits of the ballet comes from the artists themselves, who bring exuberant enthusiasm and superior acting and dancing skills to their roles.

„Maillot has gained a reputation for challenging the dance establishment...with a passion for something new.“ The New York Times

“… the Ballets de Monte-Carlo could not have dreamed of anything better than this animal-inspired Songe which awakens their passions.” Libération