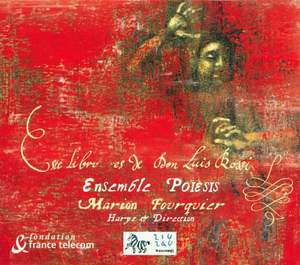 Este Libro es de Don Luis Rossi, kept in the British Library in London, is a faithful representative of the musical tastes of the early baroque. It is a hand-written manuscript in which the young Luigi Rossi, during the time of his service to the Court of Naples, noted highly significant pieces by composers who had been important to him during his training, and had fed his imagination.