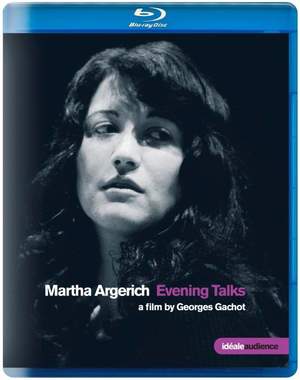 A film by Georges Gachot

A re-release on Blu-ray of a bestselling documentary about Martha Argerich, one of the greatest and most uniquely imaginative pianists.

The "evening talks", a film by Georges Gachot, a French film maker specialised in classical music documentaries, lifts a corner of the veil: Martha Argerich shares with us her memories, confides in us her doubts, and transmits to us her incredible appetite for music- making.

Martha Argerich has before admitted to feeling "lonely" on stage during solo performances and now focuses on concertos and duo work. The film also shows her performing with some of her closest musical friends such as pianists Nelson Freire and Friedrich Gulda and in various chamber music settings.